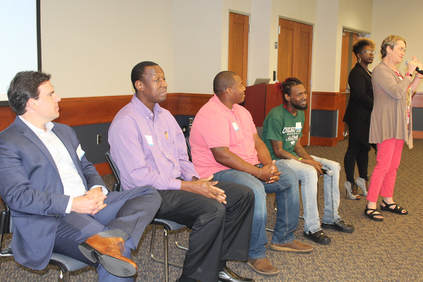 This week’s CHEER Champions of the Week are the gentlemen who spoke on the “Dads of Breastfed Babies” Panel at our September 28, 2017 Mississippi CHAMPS Conference in Jackson, MS. These dads stole the show by providing candid, humorous, and touching responses to ROSE moderator Tenesha Sellers’ questions. There were many laughs and even tears in the room as the engaged hospital staff listened, cheered, and asked their own questions.

Many attendees expressed gratitude for hearing the dads’ perspectives, and left comments on the conference evaluation form such as: “Father/male panel was so informative and ‘real.’ It was so amazing to hear from the gentlemen” and “Love the dads!” 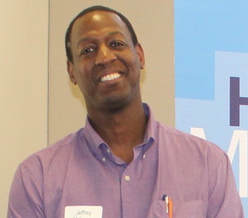 Jeffrey McLaurin is the father of 7, and shared the experience of 4 of his children who were breastfed. His wife, a former WIC Lactation Consultant, led the way.

“I didn’t know the difference until I saw it for myself,” Jeffrey shared. “My youngest daughter was breastfed for 3 years. I’m glad [my wife] opened my eyes to how wonderful breastfeeding is.” Now he and his wife are encouraging their daughter to breastfeed.

What does Jeffrey think about breastfeeding in public? “You do what you have to for your child. There’s nothing sexual; just feed the child. I’ve had people look, and I look back.”

What is his advice to other dads? “Just do it. The difference between formula and breastfeeding is night and day.” 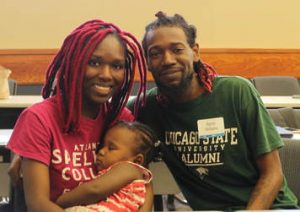 Byron Williams made the whole room cry with his heartbreaking story of his family’s hospital experience, a C-section followed by a long separation from their baby. His wife, Briana, who is usually calm, grew “very riled up, completely out of it, and angry.”

“This was the first day my child came to earth. It was bothersome, it was a broken home. No one was coming in talking to us,” Byron said.

When they did bring the baby into the room, Briana asked, “How do I know this is my baby?”

“Yes, yes, we’re finally here,” thought Byron to himself, overjoyed. “Before it was like seeing your child and her mother, and one of the people dying in front of you. Now there was a mother and daughter in my house again. Seeing Briana being a mother again was beautiful and inspiring. It gave me something more to push for.”

“Breastfeeding was very important to us from the get go,” shared Ryan Kelly. “I was a breastfed baby. We had challenges. My wife did not produce much. It was still important to us.”

“Natural birth was very emphasized the second time. Our second child was in our room the whole time. We wanted him there because he is our child. To take away a child is psychologically challenging. They were substantially better 3.5 years ago versus 8.5 years ago. I would never go to a hospital that is not certified Baby-Friendly or pursuing the accreditation.” 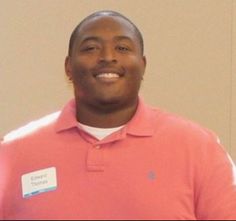 Edward Thomas is a first-time dad who said, “I made it my business that my daughter was breastfed.” He encouraged his girlfriend to breastfeed, watched videos, assisted in getting his daughter to latch on, and helped in every way at the hospital. He joked that he was so involved at the hospital that the nurses offered him a job.

“I’ve been enjoying every moment of it,” Edward shared, “Everything is overwhelming. [Breastfeeding] makes you appreciate everything so much.”

At one point early on, his girlfriend found breastfeeding challenging and said to Edward, “I never want to do this again, but I love you.”

Edward replied, “I love you, but you’re going to do it again.”

Edward’s advice to other dads? “Ask questions and research about it. You won’t get a first-hand experience until you’re in there. Just try it.”

Congratulations, dads, and thank you for sharing your powerful experiences!