THE MOTHER’S MILK BANK OF LOUISIANA AT OCHSNER BAPTIST!

CHEER CHAMPION OF THE WEEK: THE MOTHER’S MILK BANK OF LOUISIANA AT OCHSNER BAPTIST! 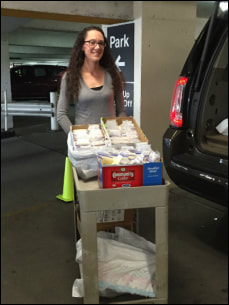 CHAMPS Hospital Ochsner Baptist Medical Center in New Orleans, LA has opened the Mother’s Milk Bank of Louisiana (MMBL) at Ochsner Baptist! Currently, MMBL serves as a depot site, collecting donated human milk to send to the Milk Bank of Austin. Since opening in December 2015, MMBL has shipped over 5,000 oz. of donated milk to Austin.
Currently, the Milk Bank of Austin screens donors, and once approved, the donors deliver milk to MMBL, which then ships the milk to Austin for processing and pasteurizing. MMBL states: “We are excited to make donating milk easier for local moms with a drop off option rather than them having to coordinate shipping their milk to Austin, but what we are most proud of is that we are increasing the pool of donor milk supply by educating moms in the area and bringing in new donors to the milk banking world.”
As a Human Milk Banking Association of North America Developing Milk Bank, MMBL plans on becoming a fully operational independent milk bank in the near future. At that point, they will screen donors, and collect, process, and distribute milk from the state of LA to LA babies in need. They are working to raise the funds to purchase the necessary equipment and cover the start-up costs to get the milk bank up and running. They are hoping to receive enough milk donations to meet the demands of all the NICUs and outpatients in LA. If they exceed that amount, they can also provide for NICUs outside the state.

To learn more or to become a donor or supporter, visit MMBL’s website.