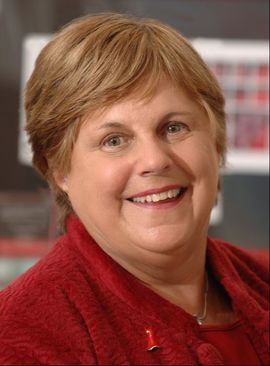 This week’s Champion is particularly special to us at CHEER. Dr. Suzanne Haynes, PhD, who retired from her position as Senior Science Advisor to the United States Department of Health and Human Services’ (HHS) Office on Women’s Health (OWH) at the end of December 2017, is a stalwart pioneer and advocate of women’s health and breastfeeding. Suzanne has also been a wonderful colleague to CHEER and its predecessor, the Breastfeeding Center at Boston Medical Center, for over 20 years, and we are honored to have worked with Suzanne on many projects. Suzanne worked for OWH for 23 years, during which she tirelessly promoted and researched issues such as heart disease prevention, breast cancer screening, breastfeeding, the effect of the environment on women and children’s health, adverse childhood experiences and their effect on obesity in women, and opioid use among Native Americans. She received an award from Women’s Day for her work on the Heart Truth Campaign, and during the Clinton Administration, she worked on the National Action Plan on Breast Cancer.

“I’ve always been concerned about health disparities in minority populations,” Suzanne shares regarding her personal motivation to do the work she has. “One of the things that attracted me to breastfeeding was the disparities in breastfeeding in African Americans, half the rates as in Caucasians. Sometimes there are powerful forces in society that push things that people think initially are good for people but in the long run they are not. I’m not afraid to speak up and point out those problems.”

Suzanne held several key breastfeeding leadership roles at the request of the Assistant Secretary of Health during her tenure at OWH. She chaired the HHS Blueprint for Action on Breastfeeding Committee between 1998-2000, which produced the Department’s first comprehensive policy on breastfeeding. She served as Campaign Director for the first National Breastfeeding Awareness Campaign, a national, award-winning, social marketing campaign sponsored by OWH and the Advertising Council between 2003-2006, on which the Breastfeeding Center served as a Community Demonstration Project. Suzanne commissioned the Agency for Healthcare Research and Quality to conduct the well-cited Evidence Report No. 153 that was published in 2007 on Breastfeeding and Maternal and Infant Outcomes in Developed Countries.

Starting in 2007, she participated in the initial stages of the Worksite Support for Breastfeeding project, and helped develop a website to support breastfeeding women and their employers. This website, linked to by the Department of Labor, continues to be a wonderful resource for companies. Joining forces with the Health Resources and Services Administration, Suzanne promoted the Business Case for Breastfeeding through partnerships with 30 state breastfeeding coalitions and with the National Business Group on Health during the last 4 years. She was the Managing Editor of the Surgeon General’s Call to Action to Support Breastfeeding in January 2011. In recognition and appreciation of her tremendous efforts to promote breastfeeding in the United States, Suzanne received the Assistant Secretary for Health’s Award for Superior Service in June 2010. Suzanne received her PhD in epidemiology at the University of North Carolina and has published 100 books and articles in peer-reviewed journals.

Perhaps one of Suzanne’s most exciting projects was the 2003-2006 National Breastfeeding Awareness Campaign. Suzanne believes it was this that started the national conversation going and changed the tide for breastfeeding in the United States. Before that, there was formula advertising in the U.S., but “no counter advertising,” Suzanne says. People and groups joined the Campaign from all over the country. 10-15 local organizations went to their news sources to promote the ads, and groups like USDA, WIC, and CDC started doing more to research and promote breastfeeding. Boston Medical Center, where CHEER is housed, led by Dr. Anne Merewood, CHEER’s Director, was one of about 20 implementation sites for the Campaign. They took the Campaign to the local level by reaching out to lactating mothers, providing support, and getting radio and TV stations to display the ads.

“There was a domino effect, a spider effect, it just kept going and going and going. You can see the change in the breastfeeding rates since 2000. It got everybody started. You need something like the Campaign to get change to happen. It usually takes about 20 years for a campaign to see its effect on the long-run, like it was for seat belts and smoking.”

What is next for Suzanne? In retirement, she plans to focus on professional interests as well as family and travel. An active board member of the Calvary County Commission for Women in Maryland, she looks forward to increasing her participation to promote health and policy change on local and national levels.

Congratulations, Suzanne, on your inspiring career, and thank YOU for all you have done!